All of our products are engineered with the latest technology and thoroughly inspected with the utmost care and attention. If you still think you might have an issue, or if you have a question, please refer to this page. In the following topics, we will help you troubleshoot any possible problems and provide helpful technical tips for our products. If you have purchased one of our products and have a question or encounter a problem not covered here, please email us at info@performancedistributors.com for further technical assistance.

Another method of checking for bottoming, is applying machinists dye to the distributor gear. Spin the engine by hand several rotations. Remove the distributor and inspect the wear pattern. You should have an even pattern through the middle of the gear. If this is not the case, add distributor shims until the correct pattern is obtained.

If you have checked the distributor for bottoming and you are still experiencing irregular gear wear, then the problem could be “cam walk” or “cam run-out”. This condition is where the cam is moving back and forth as the engine is running. Use of a cam button will help prevent “cam walk” but is not very effective if you are using a stock timing chain cover. The stock timing chain cover is made of tin and flexes easily, which can allow the cam to move even with a cam button. Use an aftermarket steel or aluminum timing chain cover that is reinforced for extreme cam loads. This should solve any problems with “cam walk”.

(1) Drill a .030″ hole in the lifter/oil galley plug behind the distributor. This will allow additional lubrication on the distributor and cam gears.

(2) Install a deeper oil pan. High volume pumps will pull all of the oil out of a stock pan creating a lack of lubrication.

(4) Stock Ford hex oil pump drive shafts are known to vary in length which could cause a bottoming or binding situation.

(5) Brass distributor gears can be used to avoid damaging the cam gear. Brass gears are softer and can wear out quicker than the cast gear, but will not cause damage to the cam gear. If using a brass gear, check it occasionally for wear.

Topic 3: Distributor Will Not Fire

If you are experiencing a no spark problem with your new DUI Distributor, the following information will help you check and test the installation, connections and components of the unit so that you can get your engine running and start Driving Under the Influence of more power!1. First and foremost, check the 12-volt wire that you are using for power to the distributor. This wire should be a minimum of 12 gauge and have no resistors in line. Make sure your 12-volt wire is fully connected to the “BAT” terminal, which is the terminal located on the front right of the cap. Also, make sure the three wire harness is fully connected to the three terminals behind the BAT and TACH connections. WARNING: If the hot wire is connected to the “TACH” terminal, damage to the module and/or coil can occur.

Topic 4: Oil in Top of Distributor

Oil in the top of the distributor housing around the pick-up coil and module is caused by too much crankcase pressure. The distributor does not suck oil up into itself. The shaft and gear only rotate, they do not force oil upward into the housing. The crankcase pressure forces the oil up into the distributor. The best way to eliminate the oil problem is to vent both sides of the engine. Moroso and Canton Racing Products both make a crossover tube with two breathers that allow you to breathe both sides of the engine. This crossover tube will not allow oil to splash out on the right side of the engine.

Another procedure to help alleviate the oil problem is to drill two oil relief holes in the distributor housing. First, remove the roll pin from the gear and remove the gear from the shaft. Be careful not to lose the shims and tang washer that are between the gear and housing. With the cap and rotor off, remove the shaft from the housing. On the housing itself, drill a 1/4″ hole into one side about 2″ up from the bottom of the housing. Do not drill all the way through, just to the center and back out. Make sure you drill above the two rings at the bottom of the housing. These are oil bosses and you do not want to drill into them. On the opposite side of where you drilled the first hole (180 degrees), drill another 1/4″ hole about 1″ underneath the flange that rests on the intake (where the hold down clamp is attached). Again, do not drill through to the other side, just to the center and then back out. These two holes will allow the oil to drain back down into the engine and will not hurt the strength of the housing.

One last procedure we recommend that is very effective and probably the easiest to perform is to fill four of the five slots around the bottom bushing with RTV silicone. The RTV silicone will stop most of the oil that’s being blown past the bushing from going to the top. Leaving one of the slots open will allow the bushing to receive enough oil to prevent any damage to the shaft or bushing itself. To perform this procedure, you will need to remove the distributor gear by knocking out the roll pin. Once you remove the gear, keep all of the shims and tang washer together. Remove the main shaft. Use an RTV silicone (available at any auto parts store) to fill in four of the 5 slots around the bushing. The illustration to the left has the arrows pointing to the areas that need the silicone. Allow the silicone to dry completely before reassembling the distributor. Once dry, install the shaft and put the tang washer and shims back on in the order they were removed. Reinstall the distributor gear and you are ready to go racing!

If you are starting fresh and installing a DUI Distributor in a new or rebuilt engine, then you will need to bring the number one cylinder up to top dead center (TDC) on the compression stroke. Note: Make sure you are on the compression stroke or you will be 180 degrees out on the timing. If necessary, have someone spin the engine over while holding your thumb over the number one spark plug hole until you feel it “blow”, and this will be your compression stroke. Turn the engine by hand to line the timing mark up to 0 on the balancer. Once this is established, drop the distributor in the block (without the cap) and point the rotor toward the terminal you want to designate as number one. Once the distributor is installed and all clearances have been checked (see Topic 1), re-install the cap. Now, add the spark plug wires and follow the firing order starting with the terminal that was designated as number one. For optimum performance, set the spark plug gaps at .050″ – .055″. Leave the vacuum advance disconnected and plug the vacuum line. Your engine should now be ready to start. Crank the engine and adjust the distributor until it fires. Once the engine is running adjust the initial timing to about 10-12 degrees before top dead center (BTDC) while it is idling at 750 rpms or less. Once initial timing is set, lock the distributor down and recheck the timing. Plug in the vacuum line and go for a road test. Make sure there is no pinging under hard acceleration. If pinging is detected, retard the timing until it is eliminated. 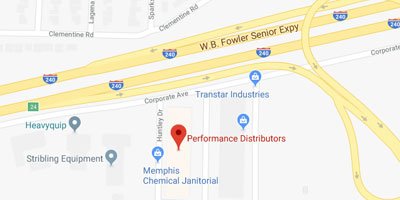